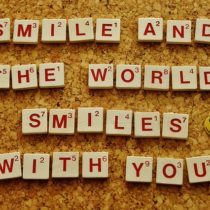 Wow. Who would have thought that a month without internet would be so difficult? Apparently, I am just not cut out for that sort of life.

Having just moved home, I have been kept fairly busy. However, once you’ve done all the unpacking, sorted everything that needs sorting and bought all the essentials, you sort of run out of momentum. I had never realised before just how much time I spent on my phone; the mindless scrolling that many of us are guilty of very quickly became an expensive issue.

My data use has been racking up and after Febuary’s phone bill being a bit crazy after being in Paris for a little bit, March’s phone bill wasn’t much better. I added a few data bundles to my phone bill and, well long story short, I’ve just paid off an £80 bill to Vodafone. Hope they like that little sum of money!

But hurrah, we now have fully working (and pretty decent) internet once again! Time to take off all those extra bundles before I forget and get charged a small fortune at the end of the month. Luckily my contract runs out at the beginning of April so I will most likely be leaving Vodafone in search of a cheaper deal.

Having a month “off” from the blog, as it were, has given me the chance to brain storm what direction I want Lukeosaurus And Me to head in the future, what sort of content I want to feature and write about and how I want the over all look and feel of the blog to be.

We now have a different family dynamic, we have different expenses and we have to learn how to budget and live our lives with the added freedom but also, the added responsibility.

Lukoesuaurs And Me will be featuring posts in the future on topics such as money and budgeting, as well as nice day trips out, and free bits and bobs to do. Also, we have a new addition to the family (no, not a baby!) that I will be introducing to you all shortly!

As I’ve mentioned before, I’ve got a whole bunch of new and exciting posts and projects planned for 2017 and I’m looking forward to sharing them all with you. I’m feeling very positive and motivated to make everything about 2017 the very best that it can be.

A Month With No Internet (We Moved Home!)