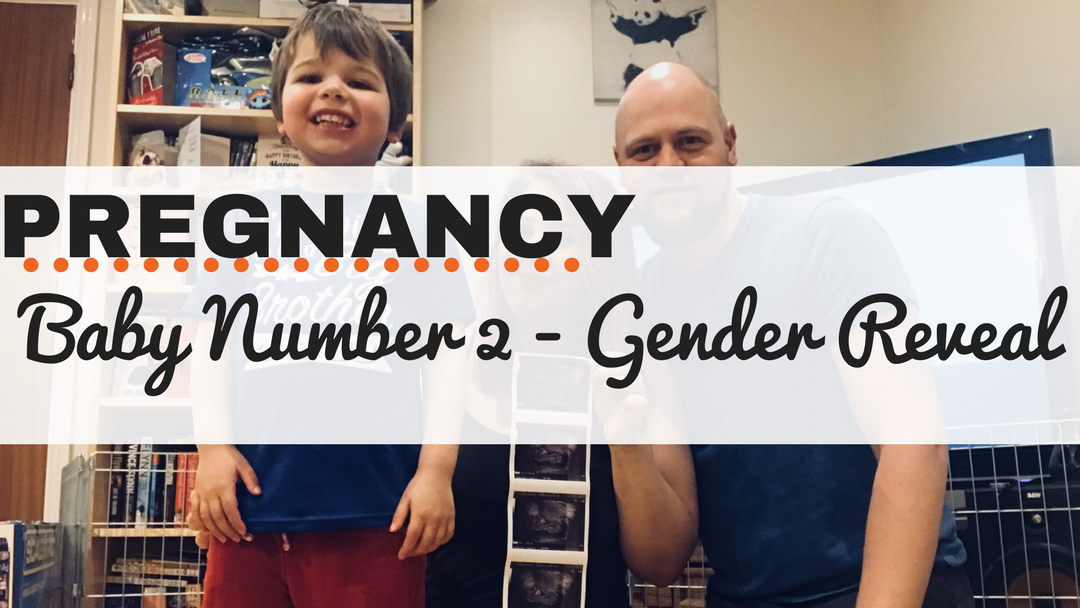 When I last updated you all on Baby Number 2‘s progress, we were just about to reveal the gender to our friends and family!

Luke was very excited to find out if he was having a baby brother or a baby sister. He had everything possible crossed for a girl! We decided to have a mini party for our family in our home, so no matter what the results were, Luke would have people are to either cheer him up or celebrate with him. We, somewhat foolishly, decided to reveal the gender to our nearest and dearest via a home made colour coordinated cake.

Our Home made Gender Reveal Cake

It turns out that making your own gender reveal cake can be ridiculously stressful. Everyone wanted to know the baby’s gender as soon as possible, which mean that I wasn’t left with much time to shop and buy ingredients (I use Wilton food colouring, it’s amazing and is also the best food colouring to use when making play dough too!), clean up the house, look after Luke and do everything else. I ended up having to make the cake the night before – and it was a disaster.

It Didn’t Go To Plan!

The crumb coat? Well, that didn’t blooming work, did it? Which meant that another layer of butter icing was spread on top. That didn’t quite cover the colourful cake crumbs either and by this point, we had run out of butter and had to do another layer using Stork spread! Eventually the cake was covered, but with that much icing, it was very scruffy looking. Not my finest work and I definitely shed a few tears as I was desperate for the whole thing to be perfect. We had decided to save money and make our own cake toppers too… that was a mistake. How hard can it be to melt some chocolate and write ‘baby’ out with some cocktail sticks whacked in there? Apparently, if you’re Mikey, melting chocolate is a bit tricky and the white chocolate I’d bought for the occasion had to go in the bin. Luckily, buried deep in our baking cupboard I found a pack of milk chocolate in an icing pen which you melt in some hot water and then pipe out. I managed to pipe out the word, set it in the fridge and position them on top of the cake perfectly. Finally, a win. That was until Mikey removed it from the fridge the next day and broke the lettering. I almost cried. Almost.

Anyway, the very ‘home made’ looking cake was on the table and Mikey was ready to cut into it. Everyone was happy, Luke was wiggling with excitement, and we were ready to share our news. Mikey sliced into the cake and pulled out the first slice – it was blue!

We are having a baby boy!

Everyone was over the moon; everyone except Luke. He threw the biggest tantrum known to man and was crying hysterically about how much he wanted a baby sister. I really felt for him if I’m honest. He had pinned so much on this and he had convinced himself he was going to have a baby sister to look after. I took him into his room, away from everyone else and sat down and had a little chat with him. We also read a story or two and then I convinced him to go back into the living room, before all the cake was eaten and he missed out!

We have known for a couple of weeks now and Luke seems a lot more comfortable with the fact he is having a baby brother. It’s a relief to see! He talks a lot about all the adventures we’re going to go on with the baby and all the things he is going to teach his little brother. Oh, he’s also pretty excited about the prospect of having bunk beds in a few years! I’m so glad that he has come to terms with the news and is now really excited to be a big helper and a big brother. He’s looking forward to cuddles, nappy changing (really?!) and feeding his little brother. Now all I need to do is pop him out…!