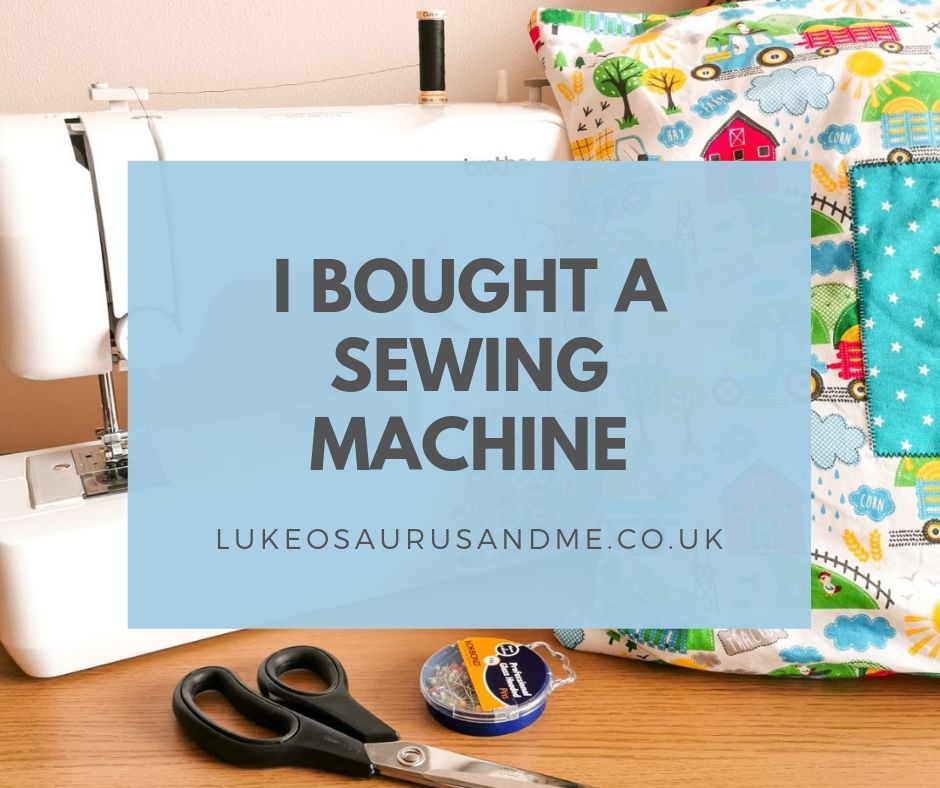 I’ve been on a little journey of self discovery over the past few months. After getting emotional on my Instagram Stories a few weeks ago, I decided to take a step back and discipline myself a bit more. Not in a harsh way, in the complete opposite way in fact. I need to force myself to take a step back, gather my thoughts and feelings and take care of them before taking care of everyone else. I need to practice positive, life affirming habits.

Over the last couple of weeks, I’ve been feeling much better. Oscar’s top two teeth finally cut through so it’s a little less stressful on the parenting front. I’ve started having more down time that’s mine and mine alone to enjoy. I’ve swapped surfing Facebook and twitter in bed for reading or playing Wordscapes on my phone. I’ve made a bunch of other changes to my lifestyle as well.

I felt that I didn’t have anything, besides writing, that was simply all for me.

I feel selfish just writing that, but everyone has their hobbies; it’s what keeps us sane. Some people run, fish, hike. Some people game, tinker, build.

For me, writing started off as my hobby. But as Lukeosaurus and Me grew, it evolved into something more. I adore writing and I’m proud that I get to say that writing is my job now, but I miss the simplicity of unplanned schedules, free time and taking photos for the sake of taking photos. Running a blog is way more complex and time consuming than it looks from the outside, trust me! I even wrote a post about it called Finding Time To Blog: Is Blogging A Real Job?

I thought it was high time I got something for me to do in my down time.

I’ve tried out other creative hobbies since becoming a mum. Just before I gave birth to Oscar, I tried my hand at watercolour painting. You can see my efforts in this post Trying Out Something New With Cass Art…and as you can see, I’m no Turner! It was really fun though and I think in the summer it could be a fun little hobby to pick up again. I loved watching all the YouTube videos that taught the different techniques and effects. It gave me something to concentrate on when I was going insane in the July heat!

My interest in fashion is definitely starting to develop as I step into my late 20s.

I’m not sure if it’s because the things that were ‘cool’ in my youth are all coming back into style, or if it’s because I’m bored of caring what other people think anymore. Either way, I’m way more into what I’m wearing. So far this year, I have collaborated with three awesome fashion brands that cater for plus sized women. This might have been the turning point for me. I’d never bought plus size before – instead I just opted for the next size up. Man, what a mistake! I felt I was able to learn to be confident all over again… Or at least, put me back on the right track for loving myself again.

Which brings me to the sewing machine!

A few weeks ago I saw a video on Facebook of a woman who turns retro duvet covers into bright, colourful jumpsuits. They were amazing and I was in awe of her skills. I would DEFINITELY wear a Thundercats jumpsuit! As I thought more about it, it dawned in me how little we upcycle as a nation. We’re taught to recycle, but no one teaches us how to take something we no longer need and turn it into something fabulous. What would the ladies from WWII think of us now? We don’t reduce, reuse and recycle. We buy more and more cheap clothing and throw it away a few months later.

We get rid of clothes that no longer fit us because we’ve lost weight. Or we think that we don’t like this dress at the length it is now, so we get rid of it and buy a new one.

The idea of saving money and saving the planet, even just a little but, really appealed to me. And so the niggle at the back of my brain was born.

Now I’m not usually one for impulse buying…

I like to research, find the best deal, shop around, But this niggle had well and truly planted itself in my brain and it was not going away. So a few weeks ago I just decided that I was going to grab my sister, go to Hobbycraft and buy a sewing machine. And I did!

What did I buy?

I bought the Brother HC14 sewing machine* from Hobbycraft, but you can also buy it on Amazon where it is a little cheaper {which I have linked}. It seems like this is a great beginners sewing machine as it’s got lots of stitches to play around with but not too many that it gets confusing.

After chatting to the sales assistant, I learned that great quality thread is important as cheap thread frays and can mess up your sewing machine. I don’t know if that’s true or if she was trying to up-sell thread to me but I imagine if she was on a mission to sell more, she would have suggested I buy a more expensive sewing machine!

It was actually really nice to go into the store and have a chat with the people who actually know what they’re talking about. I felt a lot more confident leaving that store than I did walking into it. Plus I also joined the Hobbycraft loyalty scheme which seems to have some nice benefits, including money off when you’ve spent £50 and money off on your birthday.

So I walked out of the store a little poorer than I was when I walked in.

That’s crazily unlike me but I can’t tell you how thrilled I am. I picked up the sewing machine, which I think was on offer, some thread and 2 metres of fabric.

I’m looking forward to having a creative outlet that is 100% mine. It won’t surprise you to know I now have an entire Pinterest board dedicated to beginners sewing machine projects that you can check out if you’re interested in this sort of thing too.

I’m really looking forward to sharing my projects with you all too! I’m sure there will be many ups and downs as I learn and make mistakes, but that’s all part of the fun, isn’t it?

I’ve already made a few little projects which I can’t wait to write about a little later on.

So far I have made a cushion cover for our sofa a cushion for Luke and right now I’m working on a pair of shorts. I can tell you, the shorts have gone very wrong! But – I have learnt from my mistakes and I’m looking forward to giving them another crack sometime soon.

Do you have a sewing machine? Do you know of any great beginner makes that I could try my hand at? Let me know in the comments!

I Bought A Sewing Machine!