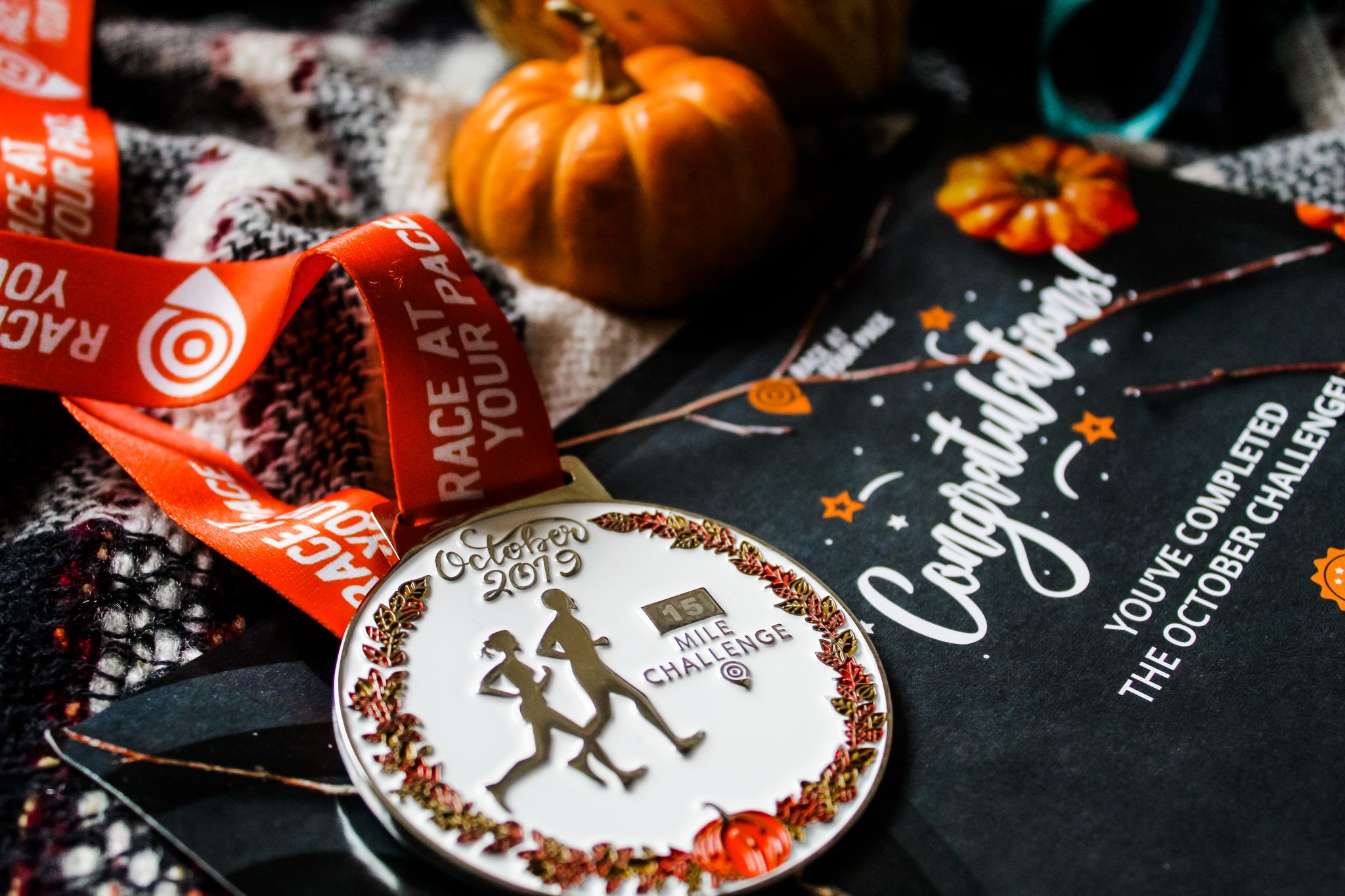 Oh man, I am really rubbish at keeping any sort of fitness routine going! October was a long and difficult month, with a million ups and downs so it has been hard to keep to a regular routine.

Finding it difficult to fit running in.

I am starting to find running really hard to fit in to my day to day life. I am working from home all week looking after little Oscar which means I cannot run during the day. My other half leaves for work so early that running in the morning is impossible, unless I get up at 4am, which seems kind of extreme! He then doesn’t return until about 6pm, by which time I’m tired after looking after two children, working and cooking. Plus, as I have mentioned before, my area is a little rough and so I’d be quite scared to go running alone after dark. Ultimately, finding the time to actually get outside and run has been really difficult.

All of this has meant that I have definitely not done as much running as I had hoped and I also haven’t really done anything that I wanted to when I set my goals last month. In September’s Running and Fitness Update I mentioned that I wanted to really pay attention to the Couch To 5K training programme and concentrate on completing that, rather than doing lots of free runs. Unfortunately, due to all the time constraints, I haven’t really managed to do any Couch To 5K runs and I feel that I should probably start the programme somewhere near the beginning again. It’s been so long since I have done a ‘proper’ run that the thought of getting out there and doing one is a bit daunting.

October’s Race At Your Pace Challenge

I have managed to run enough this month to earn my Race At Your Pace medal. Last month I was so proud to have achieved 25 miles of running – I think I told anyone and everyone. I am still so over the moon with this achievement, but it definitely feels like that was such a long time ago now. I don’t know how I ran that much during September when the thought of running now literally makes me sweat. I only signed up for the 15 mile challenge during October and I really only just about finished it. But the medal is really pretty and I am glad I completed the challenge because, at one point, it didn’t look like I would at all.

I thought about joining the Race At Your Pace walking challenge in November but in the end I have decided against it. I’ll miss getting my medal at the end of the month but for a lot of personal reasons, I’ve decided to take a little pressure off.

October’s been a tough month for me!

It wasn’t just the bad weather and the dark nights that held me back this month. I have also had an extremely tough time with my mental health, which has meant that my anxiety has been raging in the background and really taking over my life. I have gone back to the doctors during October and I’m now back on the antidepressants that I was taking before I had Luke. Other things have been going on in the background too, like my Grandpa’s poor health, but mostly the anxiety has been holding me back. It feels a bit like October was against me when it came to running.

I’ve not been eating as well as I should have been.

I’ve not really eaten very well either. The joys of October means that Halloween and Christmas treats are everywhere! I really need to kick my bum back into gear and go back to counting my calories. I think I need to do this for as long as I can into December. I know that I will slip up, it’s only 1 month until Christmas now and there are family meals, treats, days out and all sorts between now and then, but I need to remember to eat well when I’m not on a ‘treat’ day. I also need to remember that just because I’ve had something a bit ‘naughty’ that day, it doesn’t mean the day was a fail, or that I should just carry on eating rubbish!

My best friend is getting married next year and I’m a bridesmaid so I have to start losing some weight so that we can sort out dress fittings and things like that. I suppose this is a pretty good incentive to start trying a little harder again.

Aims for November and December.

Throughout November and December I will be focusing more on home workouts, specifically HIIT workouts as I really enjoy them. It’s nice to get a full body workout done and it’s great for me because it only takes around half an hour and I can do it at home. They’ll be a lot easier for me to fit into my busy days as I can crack one out when Oscar naps or when Mikey is home from work and cooking dinner. In between the HIIT, I’ll be aiming to do more walking as well, as that’s something I can do during the day with Oscar in the buggy. He’s learning to walk now as well so I imagine we will be out and about a lot during the winter months meaning I will be tracking a lot of walks on Strava!

Do you have any favourite home workouts you could share with me? I’m always looking for new workouts to do! I may even think about weight training – I have my eye on a kit that would fit nicely under my bed so I may be asking Father Christmas for something like that. Let me know how you’re doing on your fitness journey if you’re on one…and if you’re not, what’s your favourite festive food that you’re looking forward to pigging out on over the next couple of months? Let me know in the comments, or you can tweet me at @gloryiscalling! You can also follow my progress on my fitness Instagram account @raygetsfiit.