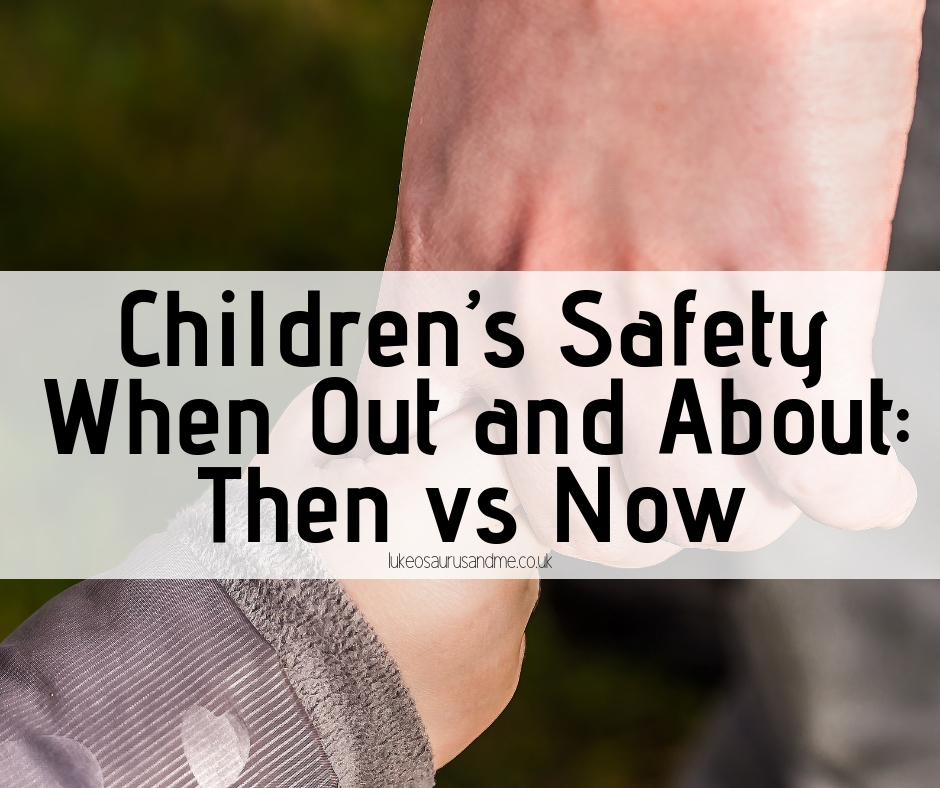 Maybe that’s because there were less dangers? Or maybe it’s because parents simply weren’t aware of the multitude of dangers that were actually out there?

Whatever the reason, one thing that is very clear now is that parents have upped their game when it comes to protecting their children from public harm.

When I was a child, I used to play outside every night after school. My parents didn’t even know where I was most of the time. I know this because I never knew where I’d be heading either. Maybe I’d go and play by myself or maybe I’d walk for a mile and a half to visit a friend. Then maybe we would go and find more friends and then go and sit in the field and chat until the street lamps came on.

The street lights coming on meant it was time to head home for the evening. We didn’t have mobile phones, so I couldn’t text or call to let someone know if I might be late or if something bad had happened. Our parents barely knew each other and never really bothered communicating with one another. It’s like as soon as we shut the front door behind us, no one new exactly where we were until we were home again. There’s absolutely no way I’d ever parent my own children this way, the risks are just way too high!

I’m not the only one who’s childhood was like that.

Leyla from Motherhood Diaries says,“Back then, I had to walk through two busy residential streets to get to school by myself and not once did it occur to me that I would be greeted with any danger. Now, we live footsteps away from the boys’ school and so technically, I wouldn’t need to leave the house because I could watch the kids enter the school gates from the window. But, I’m up, out and walking them to the gate because I think there are too many people who could easily swipe them on the way to school. Even in the park, back then, we would ride around the whole ground, far enough away so our parents couldn’t see us. And we’d be fine. This time, if I can’t see the boys in the park, I hyperventilate a little bit.”

Sophie from Soph Obsessed says, “As a kid I was allowed to play outside on the street with my friends, walk to the shop etc the whole neighborhood just looked out for everyone so my mum always knew I was safe. With my kids I worry about him playing in the back garden without me watching him out of the window!

Tracey from Pack The PJs says, “When I started secondary school, I had a 2.5 mile cycle ride each way, in all weather, with no helmet and a heavy bag (often additional PE kit) strapped to the rack on the back. Main roads, serious junctions, narrow pathway ‘shortcuts’ … and I even often popped home for lunch!! Nowadays, I drop them at the gates in the morning, wait at the gates in the afternoon – and they’ve both got phones in case they are late leaving!”

The thought of allowing my children to roam around like that gives me the mum sweats. I could end up with social services on my doorstep, or worse…the police.

The thing is, we live in a world full of danger and we’re a lot more clued up on it now too. We have the internet which serves as both a blessing and a curse. On the one hand, we are more informed about the potential dangers and are able to find reliable websites that could serve to help us if something were to happen to our children, like the DPP homepage, which deals with all sorts of legal issues from public accidents to animal attacks. But the internet also enables the evilness in the world to spread more easily and reach those who are seeking that sort of information.

Our children have so much more freedom to access information than we did as children. Their phones in their pockets connect them to the media instantly and the internet is at their fingertips 24/7. We have to make sure we are clued up on their safety.

Yet I can’t help feeling that, ultimately, we were the ones who had the most freedom.

We weren’t tied down by rules, our lives weren’t fraught with possible dangers, cars were few and far between, we worried less about strangers and walking to school with our friends.

It saddens me that our kids, despite having access to more information than ever before, are also more at risk than ever before. I’m grateful for the services that focus their time and energy on visiting schools and educating children on potential dangers, both in real life and online. I’m also grateful for the legal companies that are around to help families recover from events when they occur.

What was your childhood like and how does it differ to the way you have raised your children? Have you ever had a scary brush with your children that have made you rethink the rules they follow? I’d love to hear your take on this, so let me know in the comments!

Children’s Safety When Out and About: Then vs Now