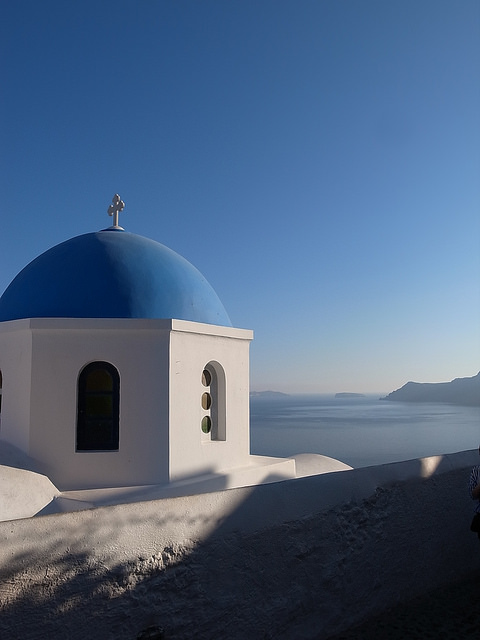 Photo by Stevetulk   Attribution CC BY 2.0

It’s just getting to that time of year when Summer feels a little closer and I can start dreaming about holidays. Feeling the sand in between your toes and the sea breeze in your hair is wonderful whether you’re on a beach in Brighton or the Bahamas, but this rundown definitely favours the latter. Jetting off to a beautiful island has to be high on everyone’s bucket list and these destinations really are some of the most special.

With its vast sandy beaches and incredible native flora, Fiji is the stuff of dreams. There are two spots in particular that I would do anything to visit, the first is the Garden of the Sleeping Giant. The Sleeping Giant is an enormous mountain and this garden lies as the foot of it. Unlike a lot of formal gardens, this place seems to sprawl naturally from manicured lawns into dense rainforest. A wooden boardwalk bridges the transition through lily ponds filled with exotic frogs into orchid covered canopies.

The orchids are the real star of the show here and love the humidity. They have more than two thousand different orchid varieties which seem to clamber between rocks and into the crooks of tree branches. I can imagine kids going wild here, exploring a proper jungle. For those without children you can take a guided tour, meaning you won’t miss a thing and you’re bound to find out some real gems about some of the most beautiful flowers on earth.

Next up on the Fiji list are the Sabeta hot springs. I love a spa day as much as the next woman; big fluffy robes and special herbal scrubs are high up my list. The Sabeta experience is a spa experience unlike any other though! This spa is as natural as they come; first take a dip in the thick mud pool, full of vitamins and minerals to rejuvenate the skin. Once the mud has dried you make your way through three hot springs, allowing the water to rinse the mud from your body. Many of the locals offer massages afterwards if you aren’t feeling pampered enough.

When you think island break, the Bahamas is always what springs to mind. I’ve long dreamed of an adventure here and my hotel of choice could only be the Atlantis Resort, the stunning island destination that recently made Ramón Colillas’ dreams come true. The Atlantis Resort is more than just a place to lay your head though. Dolphin Cay is a world renowned habitat, created after the destruction of Hurricane Katrina. Here they house seventeen dolphins who were stranded after the destruction of the hurricane. They aren’t treated as commodities as in some other sea parks, but rather are allowed to live their lives in a beautiful environment where they are rarely disturbed.

You can book one of several experiences ranging from snorkelling in the Cay to swimming alongside the dolphins. Guests are allotted an hour for their experience, meaning the dolphins aren’t disturbed for too long – though honestly it looks like they rather enjoy it!

Featuring white stone houses with those gorgeous deep blue roofs, Santorini is tantalisingly close to home too. Just a couple of hours flight and I could be there! Imerovigli is the village where you’d want to stay. Tiny narrow streets and the iconic houses, all perched on the cliff side overlooking the sea; this view is the one which gave Imerovigli it’s nickname ‘the balcony to the Aegean’.

Weirdly its a rock that really gets my imagination going here! Skaros Rock. This rock is almost a tiny island in the sea, just connected to Imerovigli by a narrow path or rock. The rock used to be a fortress which protected the village from intruders, but nowadays it functions as just about the best viewing platform in the world. The adventurous can climb all the way to the top of the rock, initially via a path but eventually through actual climbing. Once at the top the view back onto the island is truly breathtaking. For those not brave enough for the climb there is a church that appears as though its almost carved into the back of the rock; it’s such a pretty building that its worth visiting for the church alone.

Madeira is a Portuguese island, but its closest landmass is actually Africa. The climate here is pretty hot, but its island location means the wind makes it bearable! Levadas were the main method of transporting water throughout the island for many years, and whilst some are still used now the draw for me is the treks you can embark on following them. The highlights of Madeira are lush vegetation, including banana plantations and dense undergrowth. The Laurisilva forest is world famous and can be viewed from the paths of the levadas. Definitely worth putting on some hiking boots for!