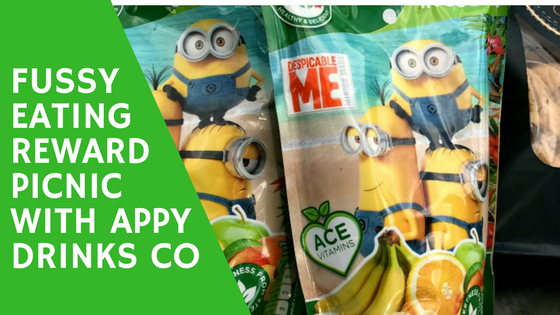 Before the summer holidays, we were really starting to get Luke’s fussy eating down and he was doing amazingly well at dinner time and trying new foods.

For some reason, during the summer holidays, this all went completely down hill. We had tantrums galore, a very hungry child and an extremely emotional and frustrated mummy.

After a few weeks of constant dread and anxiety around dinner time, it was time to do something about it and create some positive connotations with food time again.

I’ve written about the struggles I’ve faced with Luke’s fussy eating a few times before. I’ve asked myself weather I’m helping or hindering him when it comes to eating and trying new foods and we’ve spent some time trying to fight the fuss and cooking together using The Tickle Fingers Cookbook.

It was evident that we needed to revisit some of these tactics and start with the basics once more. I’m still not sure what exactly brought on such a drastic change so quickly in him, but we are happy to have found an activity that seems to be helping us.

Together, Luke and I made up a “dinner chart”. It works with the same principles as a toilet training chart, or as we have used in the past, a “good boy” chart.

When creating Luke’s chart, we discussed how much food would be an acceptable amount to eat per meal time and also how often during the week he needs to eat all of his dinner in order to reach this goal. We finally settled on 3 out of 5 dinners being eaten a week. I thought we’d start easy.

Each time he eats his dinner, he gets a sticker on his chart. 3 stickers and he gets a previously agreed treat (chocolate bar, swimming, sleep over, picnic etc) and any additional stickers grant him top up treats – these are not discussed with him but tend to be things like buying a jammy doughnut for our picnic. Nothing too elaborate but enough for him to care!

He did really well last week. The the incentive of a picnic, the treat he had chosen, really spurred him on to try new foods and eat up his vegetables during the week.

During our picnic, Luke was so well behaved. I think the concept of really looking forward to something special made him appreciate it a bit more and behave nicely. He was also pretty happy because he got to wear his new trainers.

We made some sandwiches, packed up a few Appy Minion juice pouches and headed to the park (via Tesco for a jammy doughnut)!

Although we are on a bit of a ‘good food only’ kick, there are some little treats that I don’t mind Luke having from time to time. One of those treats are the pouches and juice boxes from Appy Kids Co.

Appy Kids Co put families before profit, ensuring the ingredients are wholesome and ethically sourced. These little pouches are adored by Luke; they taste great but they’re not crammed full of sugar and other nasties.

Appy state on their website that their mission is to be the number 1 healthier choice for families and their vision is to empower families to make healthier choices. Not only are the concerned with our children’s health, they’re also keen to keep our planet healthy too, by supplying their drinks in recyclable packaging.

More excitingly for the kids, they make great drinks from from their favourite characters in a wide variety of flavours. Their drinks range from tropical Paw Patrol pouches to Gruffalo orange and carrot juice boxes. Luke really enjoyed tucking into his Minions tropical juice drink.

Luke obviously loves them, so I thought I’d try them myself to see what they tasted like. I have to say they’re quite tasty, and they’re great to grab out of the fridge and throw in the picnic bag. They’ve also saved us on walks, park dates and visits to friends and family. They’re so convenient to just pop in your bag and head off, and as a mum, the more convenient the better. Only with Appy, I have the added bonus that I know my child’s not drinking utter rubbish!

Our Dinner Chart seems to be working well for us, so we will be continuing to use it for the foreseeable future until it’s no longer required. I am hoping and preying that with the start of Year R and Luke having school dinners with all his friends, we will eventually come to the point where he’s eating well on his own without the need for constant encouragement. Finger’s crossed!

**We were sent some samples of Appy Drinks for the purpose of this post, all thoughts and opinions are my own.**