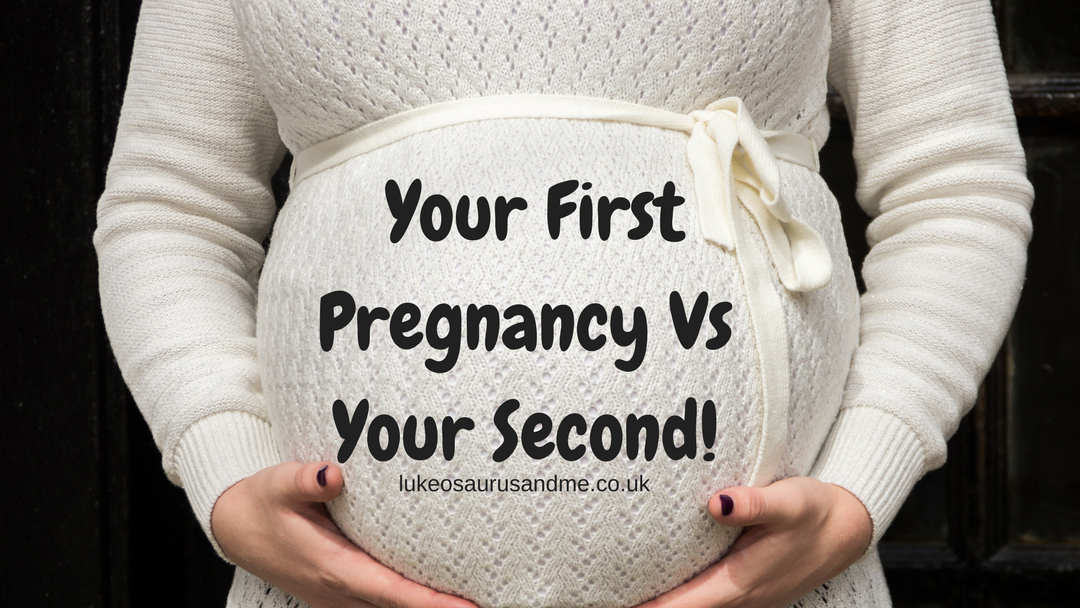 Being 28 weeks pregnant, I have definitely noticed that there are some huge differences between being pregnant with your first child and being pregnant with your second. Some are a bit grim and some are pretty funny. Well…funny in the way that you’ve just got to laugh otherwise you’ll cry. In a nutshell – you don’t remember what sleep is, why doesn’t anybody ask you how you’re doing anymore?, and wouldn’t it be amazing to kick back and watch box sets all day instead of having to actually be an adult?

When I went on maternity leave during my first pregnancy, I found that I had a month of my life to kill. All my friends and family were still at work, it was a million degrees outside and I was the size of a whale. I had to find something to do, so I took advantage of the quiet, empty house and settled for finishing all the single player games on Xbox I had and watching a lot of TV. The luxury of having magical streaming services like the Amazon Fire Stick and Netflix meant that I could chill out on my birthing ball and binge watch box sets and movies in peace!

This time around however, maternity leave is non-existent and ‘free time’ is a thing of the past. Admittedly Luke is at school during the days, so I do get a few hours to myself, but only after I’ve walked the 2 mile school run (so far these have mostly been in the rain). By the time I get home, turn on the laptop and start blogging, it’s already about 10/10:30am and I have to leave the house around 2pm again to go and pick him up. Then it’s all go, go, go from the moment we get home! What I’d give to binge on a good box set…

Ladies, unless you have a pelvic floor of steel, you’ve probably accidentally had a little bit of wee escape since having your first child. During the pregnancy with your first baby, that sort of thing probably didn’t happen to you, but let me tell you this – during that second pregnancy, you best avoid sneezing, throwing up, trampolines or power walking! The first time you wee yourself, it’s the end of the world; it is mortifying! You think your body is betraying you, but let me tell you that that stuff is normal! The second pregnancy comes around and you just end up accepting your fate. Grab yourself some panty liners and live life to the fullest (just don’t power walk when you need a wee!) I mentioned recently that I got food poisoning and threw up – what I didn’t mention in that post was that I threw up so much that I also weed myself a little bit in bed and my boyfriend (as cool as a cucumber, like always) causally asked if he needed to change the bed! Let me assure you that it’s not that bad – it really is just a little dribble!

Being pregnant is a wonderful time for many couples – some choose to keep the news to themselves for as long as possible. Providing you’re not throwing up 24/7, this is totally do-able the first time around. You can hide your cute little bump under slightly baggier shirts for 14 weeks and no one suspects a thing. Baby number two however…man, does that belly pop out straight away! Good luck trying to keep that one a secret.

During your first pregnancy, your little bump is spoilt rotten. You read and sing to it, stroke it absentmindedly, rub gallons of expensive oils onto it – some mums even play classical music. You’d probably do that with your second baby too…if you had the time! Juggling your house hold, your first child, work and social life can be near on impossible, leaving you precious little time to dote on your growing bump. No more expensive oils and classical music…at least, not without pencilling in the time first.

“How Are You Feeling?”

When pregnant with your first child, everyone is intensely interested in how you’re feeling. Do these phrases sound familiar? “Are you sleeping enough? Eating well?”,“Oh sickness is horrible isn’t it?”,“You look tired, let me do that for you!”, “You need to rest lots, you’re growing a baby!” If you’re currently pregnant with your second child, they probably don’t because people seem to be far less interested in how you’re feeling the second time around – even if you’re having a worse time! Don’t expect morning sickness sympathy either – I was met with “well, you’ve done it to yourself!”

Doing It By The Book

I’m so guilty of this one and two bloggers described the differences between the first and second pregnancy so perfectly to me.

During my first pregnancy, I did everything by the book – literally. I had so many books on pregnancy: how to mother, what to expect and how to be the perfect vessel for my little bundle of joy. I went to work and told my boss I simply couldn’t lift these heavy objects because I was ‘with child’. I needed to eat three healthy meals a day and I did slightly obsess over the nutritional value of my porridge every morning. Queue the second pregnancy. Hand me all the junk food (do my stubby hands still fit down the Pringles tube?), I don’t have time to read that blooming 600 page book and who else is going to pick up the crying 4 year old? As if the junk food and the ‘bending of the rules’ wasn’t enough – you know your body is already screwed, so you don’t bother with the lotions and potions – you just buy the biggest, comfiest clothes you can find and accept your inevitable fate.

Where Is The Magic?

I suppose one of the biggest difference is that the journey just isn’t as exciting as it was the first time around; at least, that is my experience. I had HG with both my pregnancies, but after it cleared up with my first, I was all about doing it by the book, sharing bump pictures, group chatting all my friends and posting about the pregnancy non-stop on Facebook. This time around, none of these experiences are new and none of the are surprising me. There are a lot of things about pregnancy that people never tell you – when you experience them the first time round, you’re taken by surprise, whereas when baby number two rolls around, not a lot can stagger you anymore.

What Even Is Sleep?

During your first pregnancy, every one tells you to sleep! “Have a cheeky little nap – you deserve it, you’re pregnant!” You’re actively encouraged to rest up, after all, your life is about to change and sleep is about to become a thing of the past. Boy, are they right! I haven’t slept since my first child and if I want to nap now, I have to juggle it between needing to pee constantly, school runs, work and cooking dinner. By the time I actually ‘find the time’ to sleep, it’s 7pm and I might as well stay up for another few hours and then go to bed!

I have to say a massive thank you to all the fantastic mum’s who see the funny side of pregnancy and helped me put this post together! You should definitely head over to their blogs: Jenna, Rachel, Lousie, Beth, Victoria and Jodie! Do you have anything you’d add to this list? Let me know in the comments and we can all have a bit of a giggle!

Pregnancy: Your First Pregnancy Vs Your Second