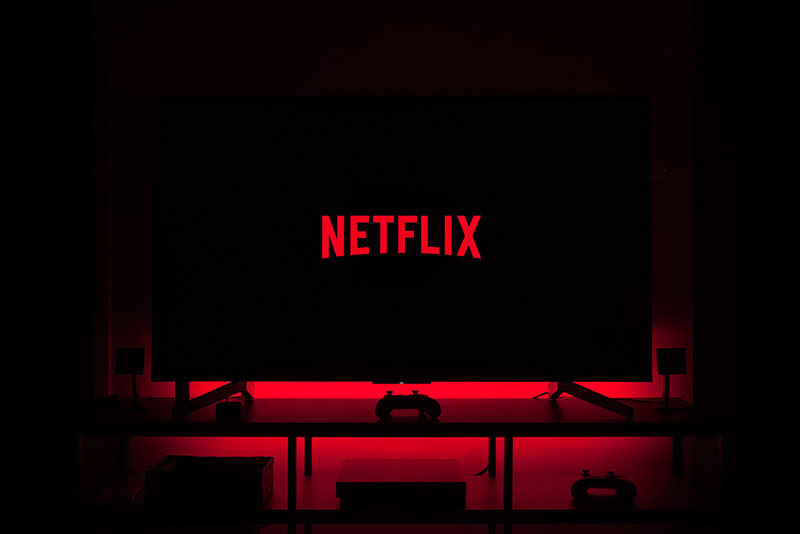 I always see lots of great suggestions for Halloween films and shows on Netflix that are great for children, but what about us adults?

If you’re a big horror fan, you may have heard or watched some of these Netflix shows already, but if not, you’re in for a real trick treat. I’ve put together this list of 7 of the best horror shows on Netflix that are guaranteed to get you in the mood for Spooky Season.

Whether you’re into exploring the dimly lit corridors of insane asylums, or jumping out of your skin at the truly horrifying figure of faceless ghosts bumping into you, trusty Netflix will have a horror show worthy of binge watching this Halloween.

If horror isn’t your cup of tea, or if you’re just looking for more epic shows to binge watch on Netflix, Top Netflix Shows I’ve Binge So Far This Year has some great recommendations.

The Haunting Of Hill House

How do you feel about supernatural, haunted houses with creepy children and camerawork so clever you’ll spend most of your time looking in the background to get a head start on the jump scares? If that sounds like a bit of you, The Haunting Of Hill House is a must watch this Halloween. Trending in the top 10 for horror shows on Netflix at the moment, this is one you can’t miss.

Hill House pulls you in until you find yourself fully immersed in the supernatural goings on, and then there’s no escape. The narrative jumps between two time lines and follows the lives of five adult siblings who’s twisted experiences in Hill House still haunt them to this day.

The Haunting Of Bly Manor

A fan of The Haunting Of Hill House? If so, this is a must watch for you this Halloween! Again, it’s a top trending horror show on Netflix right now, and it’s definitely worth a watch. The Haunting Of Bly Manor is the second installment in The Haunting anthology and features many of the same actors, although the story lines are not connected.

I was fully addicted to this very clever and chilling plot right from the start. Bly Manor is a big old country house in the middle of nowhere and adheres to that classic haunted house troupe. American teacher Dani Clayton arrives at Bly to teach and care for the orphaned children. Her arrival sets things in motion as she deals with her own demons, as well as slowly discovering that there’s more going on in Bly Monor than first meets the eye.

Jump scares, dark imagery and a completely bone chilling plot will have you addicted to The Haunting Of Bly Monor from the very start.

American Horror Story has something for everyone and is one of the best horror shows on Netflix, in my opinion! Asylum was a particularly horror filled series that captivates the audience from the get go. The main plot of the series centres around serial killer, Bloody Face, and a plucky young reporter who will do anything to get a story. Unfortunately for her, Briarcliff Manor Insane Asylum proves to be a story that she will never forget. AHS: Asylum truly masters creating a dark and eerie horror filled series that will have you on the edge of your seat throughout.

Of course, as an anthology, AHS has many great seasons and one that I would choose to go back and rewatch time and time again is Coven. Follow a coven of witches descended from Salem as they fight to survive in a modern world. The series covers different decades and includes harrowing flashbacks to the 1692 Salem Witch Trials. If the darker side of the occult calls to you, AHS:Coven will get you hooked.

Fans of AHS will recognise the lead character, Nurse Mildred Ratched, straight away from a certain other horror show on Netflix. Nurse Ratched is brought to life thanks to Sarah Paulson’s brilliant acting and no one does creepy, jaded nurse quite as well as Paulson! Ratched follows the story of Mildred, a seemingly calm and professional nurse who applies for a position at a psychiatric hospital in 1847. After blackmailing her way into the position and manipulatively guaranteeing her a permanent role on the staff, we witness the true side of Nurse Ratched as she turns from a shiny, perfect nurse, into a truly terrifying monster.

I’m young enough to remember the absolute classic TV show “Sabrina The Teenage Witch”. This addictive, thrilling and dark adaptation of my favourite show as a child was everything I wanted and more. I was heartbroken to find out that this hit horror show on Netflix has actually been axed – but I still recommend it to everyone!

Gone are the days of Sabrina trying to make Harvey fall in love with her. Instead Sabrina is constantly coming up against life changing and ethically questionable challenges where her magical abilities and courage are tested. Inherently good at heart, Sabrina just wants to help her perfectly normal high-school friends and help save her coven. But with dark and evil forces looming, half-witch half-mortal Sabrina Spellman must go above and beyond to prevent the end of life as she knows it.

It couldn’t be a horror show Netflix list without including everyone’s favourite nostalgia trip, Stranger Things. Set during the early 1980’s, Stranger Things follows a group of kids who notice odd, paranormal things happening around their hometown. When a boy disappears and a new girl with psychokinetic powers shows up, the children, along with the boy’s mother and police chief, team up to try and find the missing child. Seasons 2 and 3 follow on from the story of missing boy Will.

Stranger Things is brilliant written and filmed, and it pays homage to so many 80’s films along the way that it has become a fantastical escape down memory lane for many. It is a must see horror show, with some really eerie and creepy moments and a plot that will keep you guessing.

Before Charlie Brooker sunk his teeth into Black Mirror (another horror show on Netflix that I adore), he created this zombie-tastic TV series that had the nation gripped.

At only 5 installments, it’s an easy horror on Netflix to digest and it still definitely delivers if Zombie-themed horrors are your thing.