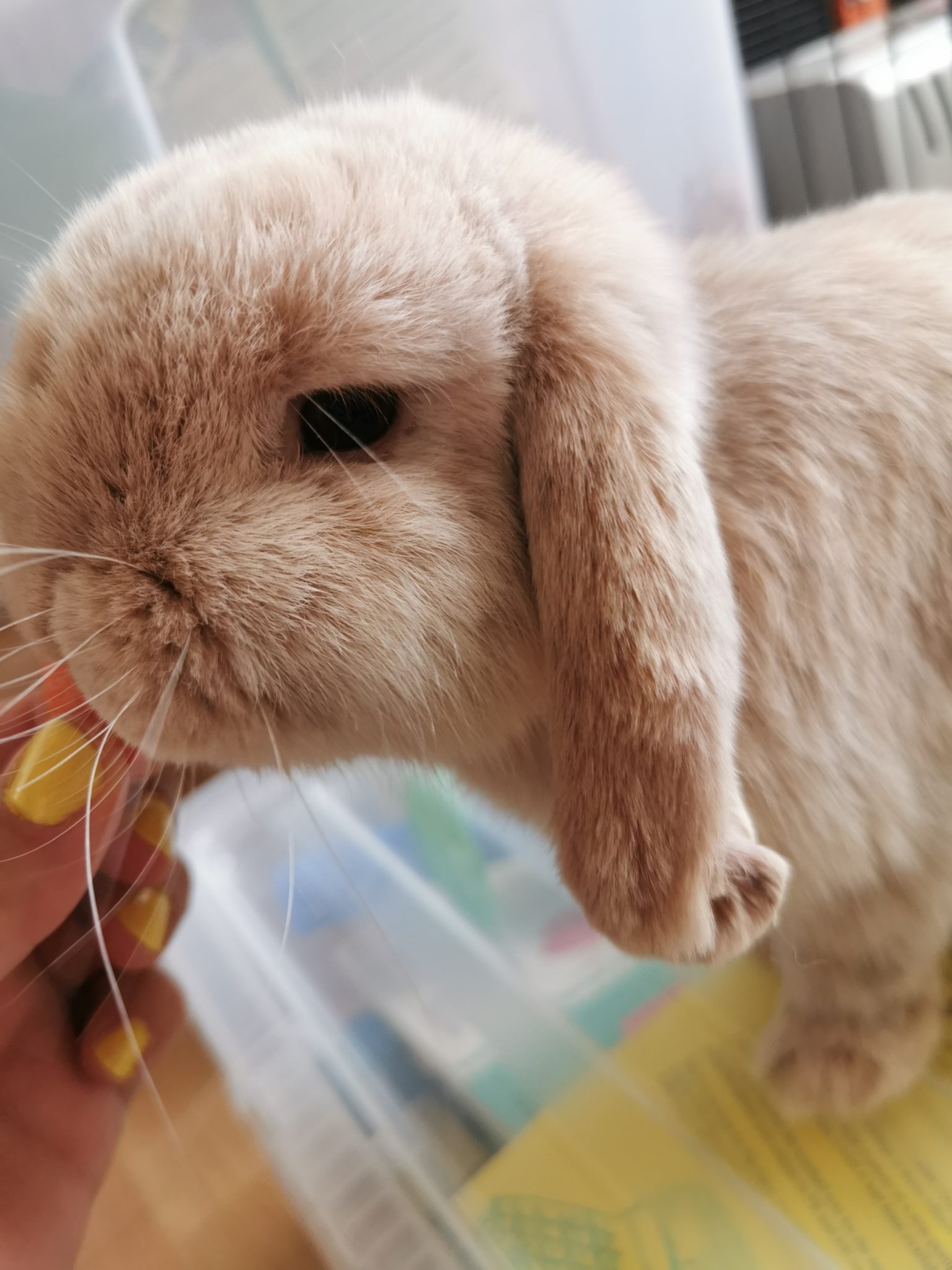 Life has been so crazy lately. If you follow my on Instagram you’ll probably have seen that my gorgeous, handsome bunny Huxley got very poorly a little while back and then very sadly passed away on my birthday. I wrote a blog post when it all happened but I decided not to publish it in the end. I think this was because I knew people would say “oh but he was just a rabbit” and, quite frankly, I was already sick of getting that vibe off the people I know in real life, never mind subjecting myself to more of it online.

He was so much more than “just a rabbit”.

See, he was a rabbit yes, but to me, he was so much more than that. We got him on Mother’s Day a few years back – a day that I find particularly challenging. Every year since then, Mother’s Day wasn’t so bad. It’s wasn’t just Mother’s Day anymore…it was Huxley’s Gotcha Day! We would buy him a new toy or some fancy hay, give him extra cuddles and make a fuss over him because he loved it! Huxley wasn’t really a rabbit, not at heart. He was definitely destined to be a lapdog and I’d like to think that he’s he’s up there in bunny heaven nibbling on mint bushes, cuddling up with all the other bunnies and having a good time. He was my go-to buddy throughout my horrible HG ordeal as well. He was such a massive source of comfort for me in one of my worst times and I’m never going to forget him and what he did for me.

So although I never mentioned it here, little Huxley is SO missed. I cried for days, I miss him still and I’m never going to forget him. It was like losing a puppy and it seems that people can only justify grieving over a lost pet if it’s a cat or a dog. Anything smaller and they seem to think you should just get over it!

With Huxley gone, Luna was left all on her own.

With Huxley gone, that left Luna, our female Rex home alone. She was looking pretty lonely and that’s when we decided we’d adopt her a male rabbit to bond with. This wasn’t an easy decision for us because the trauma of Huxley’s sudden illness and death was still very raw, but we had to do what was right for Luna. Or at least what we thought was right.

We adopted Harry. He came from the same rescue that Luna did and meeting him was lovely. He is the most snuggly, handsome bunny – a real softy! We took him home and we did everything right. The bonding process was going well; we were taking it slow and things were all normal. For a while anyway… Then it was as if Luna just decided that Harry wasn’t the man for her. Things got ugly and after a 3 weeks or so, we had to say goodbye to another house bunny as we had to leave him at the rescue after one last bond attempt in neutral space.

I would have loved to have kept Harry, but we couldn’t. It wouldn’t have been fair to have him separated from Luna and living on his own. We would have then needed to adopt another house bunny for him to be friends with and then we’d have 3! That’s a bit extreme for us, especially after recovering from Huxley’s vets bills plus paying their insurance and health plans each month. (If you own rabbits then please, please, please get pet insurance! Huxley’s treatment cost over £1000 and there’s no way we would have been able to afford it without insurance.) Plus, they’re indoors house bunnies and Luna’s custom made nighttime enclosure takes up a lot of space on it’s own…nevermind adding more rabbit hideaways.

Leaving Harry at the rescue was horrible.

I feel like I’ve lost two rabbits now and my heart aches. I know I’m the crazy bunny lady but I wish more than anything that Luna and Harry had got on. I miss him a lot and Luke does too. This whole house bunny saga has been going on for about two months now and Luke’s not really reacted to it much. Not until the day after we explained that Harry needed to stay behind so someone else could adopt him and give him a happy home. He had a little breakdown before school and it tore me apart. He cried, I cried and we talked about how amazing Huxley was and that, although we will all miss Harry loads, he’s going to find a lovely new bunny who loves him.

Losing a pet is hard, especially when you’ve got children.

Luke didn’t seem to react how we thought he would when Huxley got poorly. We thought maybe he’d act worried because we were rushing him to the vets for 3 days. When he died, we thought he’d cry, but he didn’t. He just said it was very sad. He was upset when we had to return Harry to the rescue weeks later but again, he seemed fine. Then, the next day it’s as if all the sadness got too much for him and he let it all out. It was a difficult moment! It’s almost harder in the fact that he was a house bunny because he was just always…there. It’s not like he was at the bottom of the garden and just being checked on once a day. He was a big part of our lives day in, day out and Luke had a really nice relationship with him.

So now it’s just us and Luna.

She seems a lot happier now that she’s on her own again. We’ve seen her binky loads, which is great because we haven’t seen her do that for ages! They only binky when they’re really happy, so this is a great sign. She’s still a little stressed out from all the bonding and things, but hopefully she will settle down a bit more now that she’s got her new home all to herself. It’s great that she is a house bunny because it means that we can keep a close eye on her and make sure she’s doing okay! We will quickly be able to tell if she’s starting to get sad and depressed, and someone’s always around to give her lots of love and attention.

She’s happy, which is the main thing.

It also means that hopefully moving house next year will be a little less stressful as we’ll have an easier time of transporting her. We’re also saving a few extra pennies a month as we don’t have to pay the insurance on two bunnies, which is a sad but practical silver lining I suppose. For now, she’s happy on her own and we’re happy to give her lots of extra attention – that’s the great thing about house bunnies really – they’re used to you being around them and like the odd stroke and cuddle! We’ve agreed with our “rabbit rescue lady” that we’ll get back in touch if she starts to show signs of loneliness, but so far she’s looking pretty chuffed with herself. She’s got the place to herself so I suppose I can’t blame her!

Have you ever lost a pet and felt patronised by people judging you when you’ve grieved for them? Is it just a cats and dogs thing? Do other pets not count?