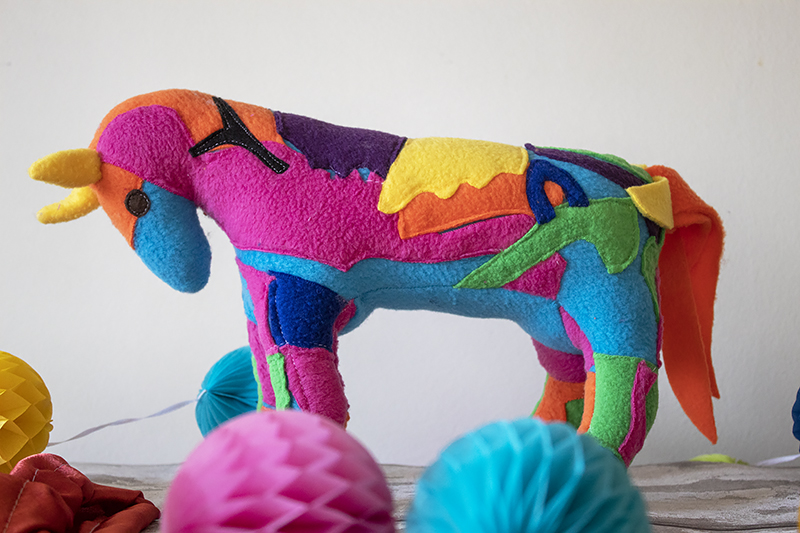 Do you remember asking your parents for a horse or pony whenever it got close to your birthday or to Christmas? Yep, me too! Like many children, I was one of those kids that wanted her very own dream horse or pony to care for and look after. To be quite honest, as a child I could see absolutely no reason as to why this wasn’t a totally reasonable request. After all, I was just a girl, asking her parents/grandparents/Santa/anyone who would listen, for a pony that could live in her bedroom – what was so wrong about that? As the years went on and my dream horse never appeared, it became painfully obviously that my dream just wasn’t going to come true.

Owning animals is a huge responsibility.

Of course, as an adult, I now know that owning animals is a huge responsibility and can be a costly one too. Not only is there the initial price of your animal or pet, but then there’s food, adequate homing space, bedding, equipment, enrichment toys and insurance. Owning a horse requires you to have enough time and space to be able to properly care for them, something that I definitely did NOT have in my mid-terrace Victorian family home. Plus, you’ve got to make sure you’re able to take the best possible care of your horse or pony should they need veterinary treatment.

Petplan understand that horse owners have very specific needs and that when searching for good insurance policies, there needs to be a variety of options to suit unique requirements. Petplan Equine Horse Insurance is one of the very few equine insurance providers who offer genuine ‘lifetime’ policies for their customers, as well as 12 month policies which are designed to suit all needs. It doesn’t matter if you’re a first time owner (like 8 year old me longed to be!), or a serious competitor, Petplan offers affordable equine insurance policies to suit your pet’s requirements.

Animal lovers will also be interested to know that Petplan works alongside more animal rehoming charities than any other pet insurance provider, and they are committed to supporting charities in any way they can. The Petplan Charitable Trust has so far raised over £7 million which has gone towards making a better, safer, healthier world for animals. As someone who owns a rescued house rabbit, this fills me with joy.

It pleases me so much to know that not only have I done my bit by rescuing my house bunny, but by being a responsible pet owner and having an insurance policy for her, I am also supporting a company that gives back to centres and charities just like the one Luna comes from.

A kid can dream…

I never ended up getting my dream horse, in fact ended up turning into what my fiance lovingly refers to as ‘The Crazy Bunny Lady’, but that’s because I know now that owning a horse is simply not something we’d ever be able to consider. That doesn’t mean that a kid can’t dream though, right?

Petplan offered Luke the chance to design his very own amazing dream horse. He was given the opportunity to design his dream horse in any way he wished and, true to his colourful personality, he decided to design a magnificent rainbow horse. He spent hours deciding which colours to use and in what order to use them. Truth be told, I’ve never known him to be so quiet!

He spent a good couple of hours drawing and designing his majestic dream horse and, when he was finally happy with how it looked, I was able to scan the drawing and send it off to the people at Petplan.

A few weeks later, Luke received an extra special parcel in the post. As far as he was concerned, I’d just tasked him a fun arty project to do on a rainy Saturday morning. Little did he know that his wish for his very own dream horse was going to come true!

When Luke came home to find a package waiting for him he was really excited. What kid doesn’t love getting parcels in the post? But he was even more excited when he tore it open to find a silky red drawstring bag inside. He was confused at first, but as he opened the bag and saw what was inside, he was absolutely glowing with excitement.

His very own dream horse drawing had been magically transformed by the people at Petplan Equine Insurance into a big, soft, plush cuddly toy. The toy has been made to Luke’s specification perfectly – trust me, he has checked! Whoever Petplan are in touch with are seriously talented people who are great at making dreams come true.

Since Luke’s dream horse toy arrived, he’s been playing with it non-stop. He’s even given the horse a name – Rainbow. I couldn’t think of a better name for her, could you? Apparently she smells really nice too, which is a bonus! Luke’s taken Rainbow to bed with him and has been cuddling her lots. It’s so nice to see him so interested in a toy and I think that knowing it’s his dream horse has really made her that little bit extra special!

He’s been begging to take her into school and do a Show And Tell session on her. He’s really amazed at how his drawing has been magically turned into his very own dream horse and he’s so in love with her.

Looking after a toy horse is far easier and far cheaper than looking after a real horse. If you’re seriously considering buying a horse or adding another horse or pony to your family, please make sure that you consider all the costs attributed to equine ownership and don’t forget to take out Horse Insurance from Petplan Equine!

*This post has been possible thanks to Petplan Equine, but all thoughts are my own.