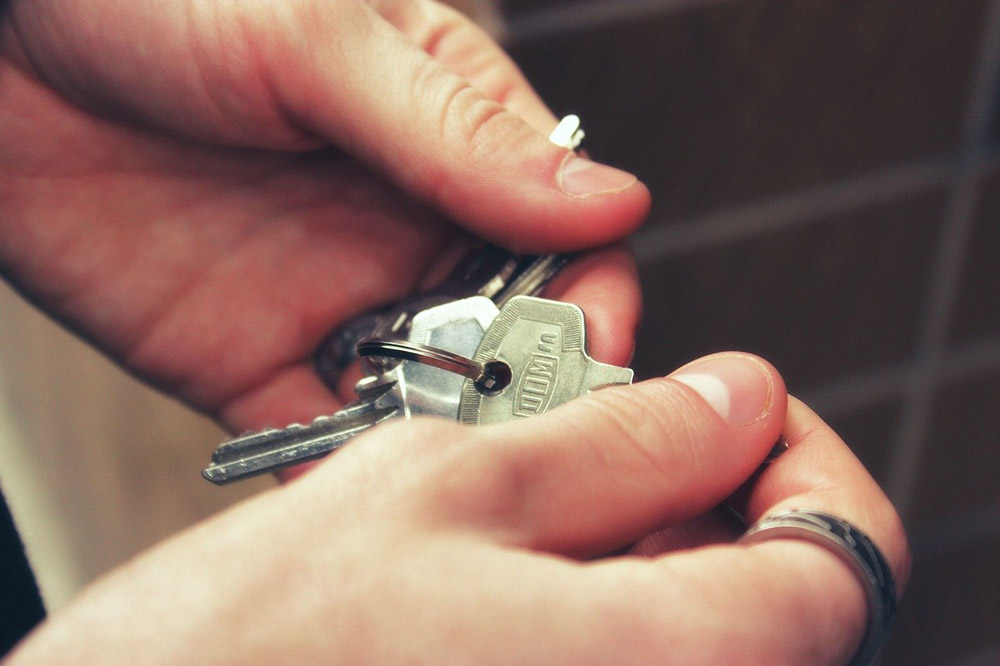 I’m so excited because now I can finally say that we are officially moving house! This has been a long time coming so I’m really pleased that it’s finally happening.

Moving out of our first ‘family home’.

It seems crazy to think that 3 years ago we moved into our first ‘family home’ together. At the time it was just me, Mikey and Luke. Since then so much has changed. We’ve grown as a family, quite literally thanks to Oscar’s arrival. We adopted some house bunnies and we watched Luke grown from a toddler into an actual child who walks and talks and has his own opinion on everything (and I mean everything).

We’ve made such amazing memories in our flat, but it’s time to move on. Truth be told, I’d happily stay here, in this building and this location, if only it were a house. Living on the top floor was never a problem when I just had to worry about Luke, but since Oscar came along doing the school run and popping out to the shops have all become major operations. It’s so hard to carry a bag, a toddler and a buggy down 6 flights of stairs – and then carry them all back up again too! It’s just getting too much now, especially with my back pain. Moving house will benefit us all in so many ways and I’m so excited to make our new house feel like a proper family home.

Packing and moving all our belongings.

3 years ago when we moved into our current flat, we did the entire move ourselves. We had some help from our siblings, but it was mostly us packing and moving boxes between flats. We had to carry boxes down all the stairs from our old flat, load them into the car (a Nissan Micra no less!), then unload them and carry them all the way to the top floor of our new flat. We also thought about van hire, or a man with van – Formby van hire looks like a great place to hire a van.

I definitely do not want to repeat that process again! It was so hard and I remember we both ached for days after we’d finally moved all our stuff in. I’d love to look into getting some low cost removal experts in this time around. It would be so nice to take away that really stressful part of moving, especially when we’ve got to look after the kids at the same time. Since we live just outside London, it would be economical to find companies offering removals in London.

We’ve found the perfect house for us.

It looks as though we’ve found the perfect place for us. It took us a little while to go through all the referencing processes; apparently being self employed really throws people off. I’ve had to send a lot of accounting information and deal with a whole bunch of phone calls, whereas Mikey didn’t have to do anything really except fill in a form. He definitely got off a lot lighter than me thanks to his steady employment. However, eventually we managed to sort it all out and the house is officially ours!

We are moving house within the same town, but to the other side where it’s all a bit nicer. At the moment we live quite near the town centre so there are a lot of flats and there’s a lot of noise, especially as we live near a train station. When we move to our new house we will be close to a park, close to the swimming pool, close to local shops and entertainment sites, which will be really great for the whole family.

We’ll have more room for the boys and, most excitingly, we’ll actually have a garden! We’re really excited about that because it opens up the opportunity to maybe get a dog, something that we’ve all wanted for a while now. It also means we can get fun things like goal posts and outdoor toys for the kids, a nice garden furniture set and maybe even head to a hammock store and pick up a relaxing hammock for some summertime sunbathing.

It means that Luke will have to go to a new school.

Unfortunately that means that Luke will have to change schools, which really sucks and I feel really guilty about it. I’ve just applied for his new school place as you can only do it within 4 weeks of needing the placement. His new school looks pretty good, it’s not as amazing as his current one but I don’t think he’ll be losing out on too much.

I feel really awful about uprooting him when he’s settled in so nicely to his current school, I’m experiencing some real mum guilt over the whole thing but I’m sure it will all work out in the end. I wish that I could drive! If I could drive then I wouldn’t have to change his school because I’d be able to do the school run still, but it’s simply too far for us to walk now. He’s a little nervous about moving schools, but I have managed to find one that teaches students from Year R to Year 6 so he shouldn’t have to move again.

We’ve got around 3 weeks to go!

Our move in date is at the beginning of February so we’ve got about 3 weeks to pack up all our stuff and get organised. As soon as I start to pack anything, I realise what a massive job it is and I get all anxious and panicky that nothing’s going to be done in time! Mikey keeps telling me not to worry but with the only packing ever occurring at weekends, that doesn’t really leave us a lot of time. It’s also really hard to pack up your life while looking after a 1 year old!

But I am panicking slightly about how long it’ll take to set up the internet.

I am slightly worried about how long it will take to get internet in our new house. When we moved into this flat it took about a month, which wasn’t such an issue 3 years ago but it’ll mean losing out on a month’s worth of income now. I’m going to have to look into getting that sorted out ASAP because it’s obviously a vital element if we wish to carry on living there.

Otherwise, everything seems good. Hopefully Luke will get his school place and all will go well. We’re all really thrilled and we’re all totally excited about the prospect of getting a dog and living near the park, so fingers crossed all the packing and moving goes well!