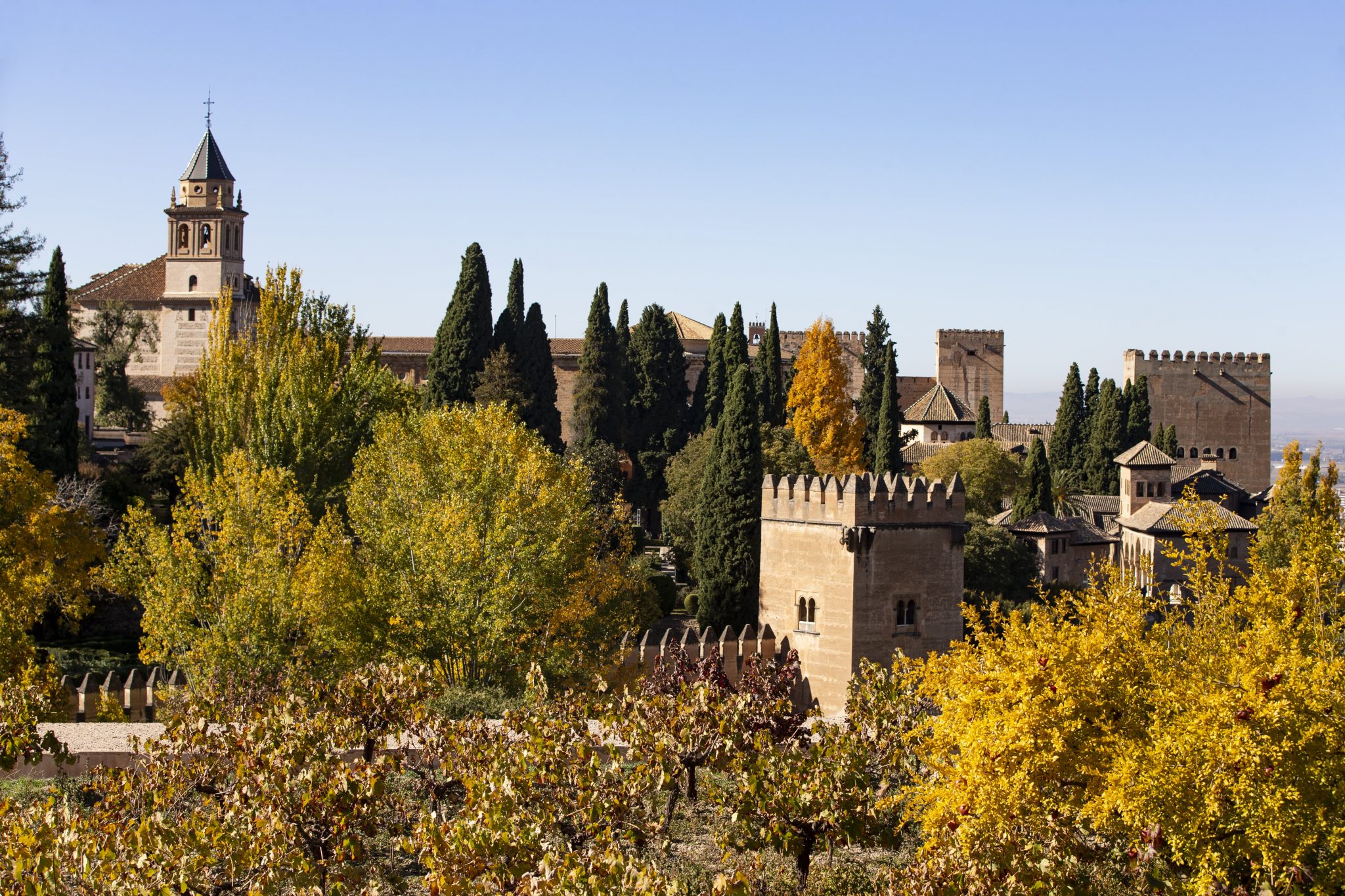 So you’re thinking about travelling to Spain’s most popular tourist attraction and taking in some breathtaking scenery? If so, you’ve come to the right place. I’ve put together a rough guide to the Alhambra, including some essentials that you absolutely need to know, as well as where to find excellent accommodation and a brief overview of the best bits that you definitely shouldn’t miss.

The Alhambra, meaning ‘The Red One’, is a royal palace and fortress that stands high above The Red Hill in Granda. With a rich history, The Alhambra is an important architectural structure  and one of the greatest examples of Islamic art left in the western world. Like many of our great monuments, this palace was not built and completed in just one sitting. Instead, it’s a product of centuries of construction from the end of the Muslim rule in al-Andalus, through the Christian period and almost up until modern times. Dating back to 889AD, it’s Spain’s most visited tourist attraction and, as anyone who has visited the palace will tell you, it’s stunning views, intricate architecture, breathtaking mosaics and wonderful design are well worth seeing.

The Alhambra is located in the glorious Granada Province of Spain. You’ll want to find a suitable villa or apartment for you and your fellow travellers to stay in. Clickstay villas in Granada come in all different shapes and sizes to fit your needs and your budget. So whether you’re after a base to simply touch down in or you’re looking for something that offers a bit more luxury, Clickstay will have a villa or apartment to suit your needs.

Getting To the Alhambra

Now that you’ve found your villa and base of operations, it’s time to go and soak up some of Granada’s history and culture. From the town centre it’s better to walk or catch a bus to the Alhambra, rather than trying to drive there. The most picturesque walk is the Cuesta del Realejo route which takes you through the old Jewish quarter of the town; alternatively, the Campo del Principe is also a beautiful walk. From Plaza Isabel la Catolica and Plaza Nueva take the 32/30 bus or the minibus 31.

The Alhambra is not a single building but a complex of buildings that you can explore over the course of several hours. It resembles many medieval Christian strongholds in that it combines a castle, a royal palace and an annex for residential workers. The Alcazaba (citadel) is the oldest part – all that remains are it’s gigantic outer walls, towers and ramparts. The watchtower first featured the flag of Ferdinand and Isabella – the symbol of the Spanish conquest of Granada. In the 18th century, a turret containing a large bell was added and then restored after being damaged by lightning in 1881. From here you’ll discover fantastic views of Granada far below. Beyond the Alcazaba are the popular and picturesque Nasrid Palaces. Past the palaces is the Alhambra Alta or ‘Upper Alhambra’, which was originally home to officials and courtiers. You’ll also be visiting the Generalife which features some smaller palaces and luscious gardens.

Planning ahead really is key to visiting the Alhambra, especially if you’re keen to visit the Nasrid Palaces. Officials restrict the number of visitors to 6,600 people per day, and only allow 300 people per hour to visit the Nasrid Palaces. To avoid disappointment, especially in the peak of summer, it’s vital you book your tickets online well in advance.

The historical site covers over thirteen hectares and is protected by more than 2km of walls featuring no less that 30 towers. Many of the towers and parts of the wall now lie in ruins. Due to the increased tourist demand in The Alhambra, the route through the site differs from it’s intended pathway that was shaped over the course of its construction. It’s well worth brushing up and doing some research before visiting (although it’s not essential). The Alhambra has seen emperors, kings, sultans, queens and received its fair share of uprisings and rebellions. To truly appreciate Spain’s colourful past and the various cultures that have lived in the area, both peacefully and not so peacefully, it’s worth investing in some travel guides and essay collections that focus on the Alhambra.

You’ll need to dedicate at least half a day to exploring the Alhambra. If possible, I recommend you set aside an entire day to ensure that you don’t miss anything. Make sure that you’re wearing comfortable shoes; this is essential as you’ll be on your feet for a long time. It’s also a good idea to wear comfortable clothing and pack plenty of snacks and drinks. You may not notice this, and it often catches sightseers out, but when you buy your ticket make note of the time restriction it specifies. The time shown on your ticket is the period of time you have to enter the Nasrid Palaces. Make sure you enter the Nasrid Palaces in your allotted time, if you miss this, you’ll no longer be able to explore this part of the Alhambra.

Essentials That You Need To Know

Colombian residents can take advantage of a great Spanish language school in Colombia before travelling to the province.

*This is a sponsored post in partnership with Clickstay. Photos by David Robinson – djrphoto.co.uk

Day Tripping To The Isle Of Wight

5 Perfect Destinations For Family Holidays On A Budget

Travelling to and visiting the Alhambra in Granada Province, Spain