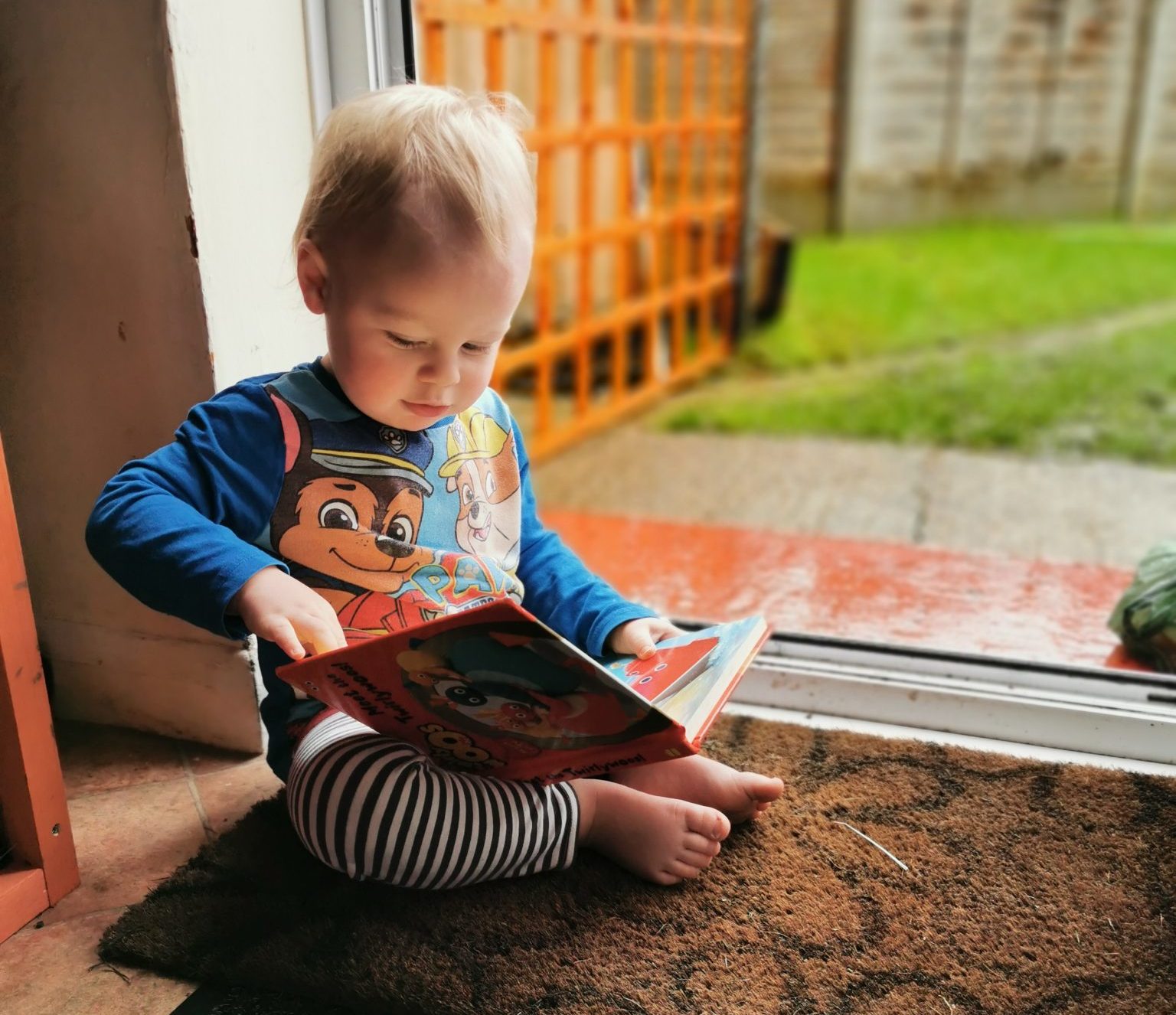 Gosh, it feels like the last month has absolutely flown by! We’re all absolutely knackered – moving to a new house is so stressful. Fortunately, it looks as if we’re finally getting there.  Most of our items are finally unpacked, except some of the kids things. School is finally sorted and Luke’s just at the start of his second week in his new place. We’ve met our neighbours and a few of the locals and everyone has been really lovely and friendly towards us, which feels amazing.

Settling into living in a house.

I am totally in love with our new house. We’ve spent some time figuring out how we want it to look and I think we’ve rearranged the furniture and photo frames a million times so far. We’re still in the process of sorting out our junk and decluttering – living in a house already feels so different from living in a flat. Everything seems to have its place and it just looks so much nicer and more inviting. I’d go as far as to say it looks so homely!

We’re all loving the garden.

By far one of the best things about moving to our new house has been having a garden. It’s absolutely amazing to just step outside in the mornings with a cup of coffee and soak in the morning sun (or not thanks to all the storms we’ve had lately)! I was a little worried that our neighbours would hate us when my mad kids were running around at 8am playing football before school, but it turns out they’re really relaxed and chilled out on both sides, so that’s great. We’ve already planted a few flowers and picked up some grow bags. Luke’s very excited to see how his french radishes turn out!

Family life seems so much easier.

Now that everyone has their own little space, family life somehow feels so much easier. The kids aren’t really just trapped in the living room, they’ve got a whole house to explore and the garden too. We also live so close to a really great park that’s perfect for them and also perfect for walking our adopted whippet, Willow. I’ll have to write a little bit about her another time, but you may have seen on my Instagram account that she has a broken leg. It’s a long story and she definitely deserves her own post, so keep an eye out for that one if you want to know more about her story!

Time for normal life to resume!

Thankfully, now that things are starting to settle down, I can get back to normal life once again! It’s all been so crazy and hectic, so I have really been craving routine. Luke starting his new school was a really good start to this and it’s a lot nicer for me to have a school run that only takes 25 minutes, rather than 40! However, rather depressingly, I’ve not had time to exercise since we’ve moved to our new house, so the school run has also been doubling up as my exercise time! I need to get back into working on my fitness, which is another thing that I hope to incorporate now that life is starting to settle down again.

We have a really fun year planned ahead.

Now that everyone’s settling into life in our new home, it’s definitely time for me to get back on top of my writing and try to put myself back on track to achieve the goals I set out for myself at the beginning of the year. I’m feeling really positive about the year ahead and excited that everything is finally starting to come together. We’ve got lots of family plans for the next few months, including a trip to London, a weekend away in Snowdonia, some camping trips and a whole bunch of wedding planning in between. 2020 is going to be a good year – now I just need to get back into my work routine and make the money to fund it all!

Settling Into Our New House