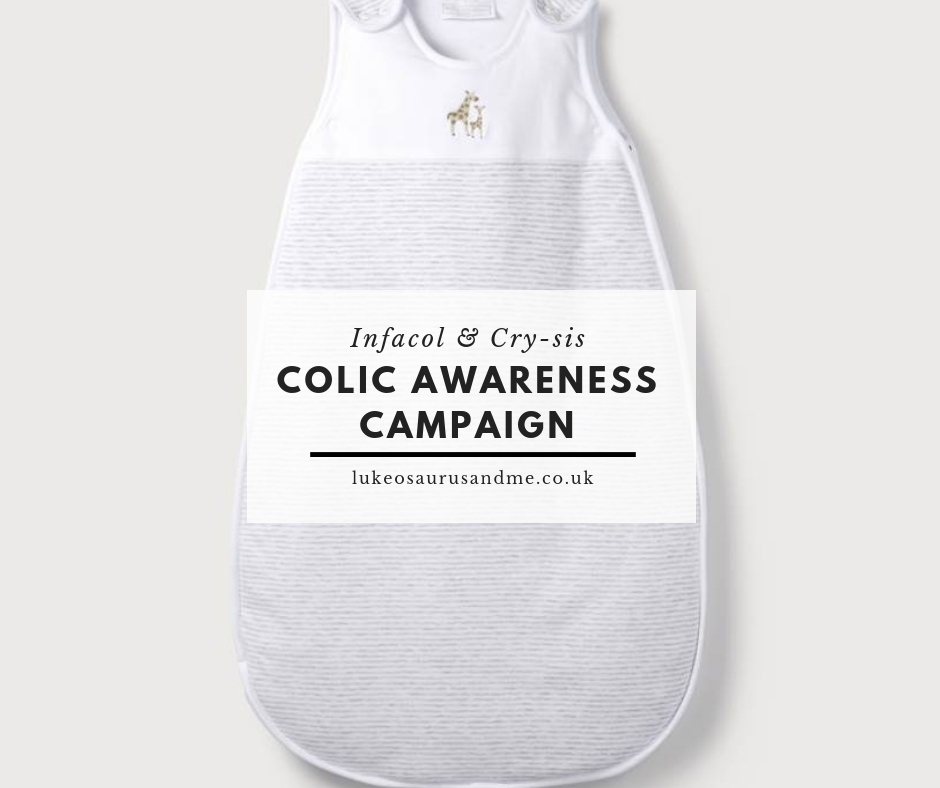 Towards the end of my pregnancy, I started to prewarn my boyfriend about what was coming up. I mentioned sleepless nights, excessive crying, constant feeding and the strain on a relationship that a baby can bring. How did he react to all of my brutal honesty? He laughed!

You see, he had completely dismissed my warning and assumed that I was just exaggerating. Honestly, he felt this way about Hyperemesis Gravidarum too, when I mentioned that I knew it was starting and that I was in for a whirlwind couple of months. You’d have thought he would have learned his lesson after that, right?

Well, I do have to let him off as he is a first time daddy, and an excellent first time daddy at that. I have the advantage of being a mum to a gorgeous 5 year old, Luke, so I had already actually experienced the sleepless nights and understood the effect that sleep deprivation can have on a person. Until you’ve felt it, you can’t begin to imagine what it’s like.

That being said, it still came as a massive shock to the system and by the end of week 3, I was exhausted.

Research undertaken by Infacol revealed that on average new parents get around 4 hours of sleep a night. Let’s all remember that that 4 hours in broken into little chunks throughout the night. There’s no 4 hour stretch when you’ve got a newborn at home! The research also showed that parents have come up with some inventive ways to help lull their babies into sleep.

I tried anything and everything once we hit the one month old milestone. Poor little Oscar had infant colic and, as well as helping him burp by using Infacol*, we also put a lot of energy (wellm whatever energy we had left), into trying to help him drift off to sleep. Infant colic is really common in newborns, affecting 1 in 5 babies and it definitely doesn’t mean that as a new parent, you’re doing anything wrong! 1 in 3 mums have told Infacol and Cry-sis, the only UK charity dedicated to supporting parents through baby’s excessive crying, that they’re unaware of what colic is and the connection between infant colic and excessive crying. Luckily for me, I was clued up on the topic as my eldest son also suffered from colic as a baby. That doesn’t mean that dealing with the crying was easy though…

We tried the usual white noise machines (my personal favourite is Ewan The Dream Sheep*, who is still going strong), as well as singing, dancing and pacing the bedroom. Luckily, I also thought to try out YouTube, where I very quickly found 10 hour long white noise videos. Ah-maz-ing!

You’d be amazed at the random songs your brain comes up with in the early hours.

95% of parents have sung or hummed to their babies to help them sleep, according to Infacol’s survey. It seems like a pretty popular and, perhaps, instinctive choice. Oscar seemed to find the sound of my voice distracting enough to that it made him stop crying. Plus I was walking around holding him as well, so he was close to me and was able to see my face. I suppose it incorporates all those things we’re always being told babies love; our voice, our warmth, our heartbeats, our smell…

Fancy a 3am drive?

One method which we didn’t try, but only because the thought of going outside at 3am seemed abhorrent, was taking him for a drive. This also seems a popular choice, with 88% of parents admitting they’ve resorted to it. I mean, it’s no secret that as soon as the car starts moving, the effects are magical so I can see the appeal!

I did, along with 67% of the nation, resort to turning on the TV or radio. Did you know that you can watch a mixture of Family Guy and American Dad from 10pm all the way through the night? It’s No? Well, now you do! It seems that adult cartoons aren’t the usual choice for many parents though; current affairs, documentaries and dramas are the most popular programmes used to help babies drift off. I think that’s a pretty handy excuse as to why you should have a TV in the bedroom.

The Power Of Apps

Interestingly, I never thought about using apps. It all seems so obvious now. There are so many white noise apps, as well as lullabies and general baby related apps and I have no idea why I didn’t think of them. I blame it on the baby brain!

A new app called ‘Chatterbaby’ claims that it can interpret your baby’s cry from the acoustics and help new parents decipher the reason behind the crying. It comes as no surprise that out of 500 mums and dads with children under 2, 1 in 3 would be up for trying out the app.

I was expecting to be struck heavily by post natal depression, but by some miracle, I managed to keep my head above the water. Everything is really overwhelming when you’ve just had a baby. Believe me, it doesn’t matter if it’s your first or second, third, fourth, fifth… When a new baby is bought home, everything changes and you start building up your family home and dynamic from scratch again.

Don’t Go Through It Alone

Infant colic can just add that little extra stress. The excessive crying can pierce your mind and drive you to tears, but please don’t ever feel like it’s your fault or that you’re failing as a parent. Like I mentioned earlier, 1 in 5 babies have colic and it’s completely normal. Luckily, there’s a charity called Cry-sis which is dedicated to helping parents get through this phase (trust me, it will pass!), offering all sorts of helpful advice and even 1-to-1 phone support.

Together, Infacol and Cry-sis have launched Colic Awareness Month to help raise for colic, as well as educate and support parents. If the right support is given, you’ll be able to really enjoy every aspect of being a new mum or dad – don’t let a little thing like colic get in the way! Here are the most common signs symptoms of colic:

Of course, we all know that no matter what, as parents will always be a little bit sleep deprived. Even if you find a tecnique that works perfectly for you and your baby, they still need feeding, changing and snuggles. My advice? Coffee!

One Week Old; Welcome To The World, Oscar!

*This is a collaborative post, all words are my own.

Colic & No Sleep – How did I survive?